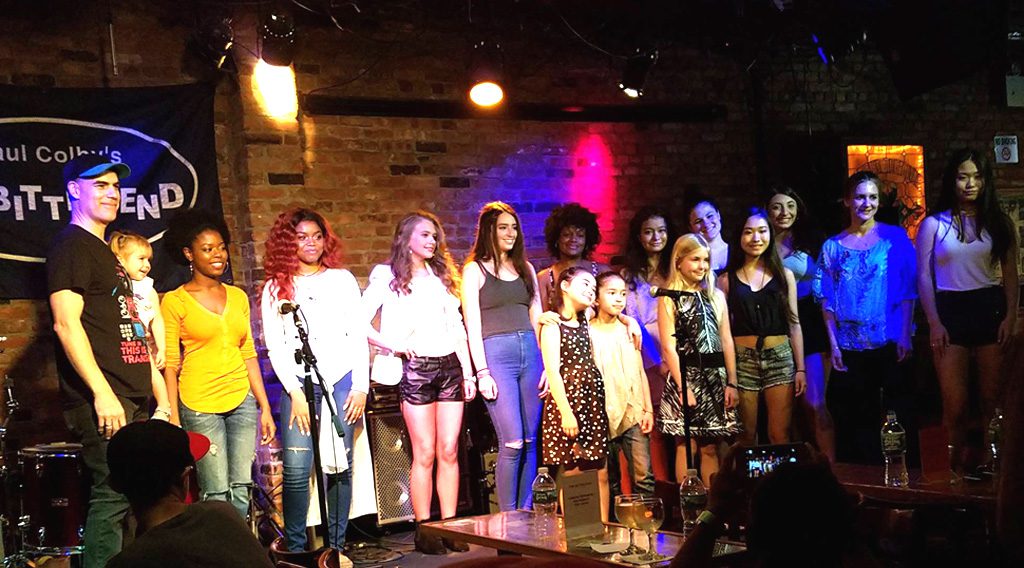 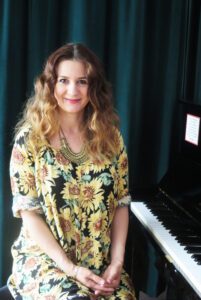 “Teaching in New York City for twelve years, I have had quite a unique experience working with professionals, aspiring pros, amateurs or beginners of all ages, including architects, lawyers, brain surgeons, ambassadors, social workers, pilots and many more.  I love the diversity this provides every day and watching the joy which people share with their voices, while strengthening their inner voices. This is why I created Voice Academy NYC.”

Swedish-born Katarina Nolfe studied voice technique, song performance and music theory at New School University, and has worked as a singer, songwriter and vocal coach for the better part of the last two decades. She began performing as a child and through her teen years furthered her professional training, including at Kulturama, one of the most reputable music academies in Sweden.

Privately, Katarina studied voice under the world-renowned voice teachers Dr. William Riley and Don Lawrence (whose collective client base is a who’s who list such as, Celine Dion, Whitney Houston, Christina Aguilera, and Usher to name a  few).

Prior to founding Voice Academy NYC in 2006, Katarina worked as a singer and songwriter and collaborated in recording studios with various musicians and producers such as Catalyst (Lady Gaga), Stargate (Katy Perry, Rihanna, Selena Gomez) and guitarist Willie Brown Jr (Alicia Keys). While coaching different singers in the studios of NYC, she discovered her gift for showing others the fundamentals of singing.

Click here to book an online lesson with Kat

Amazing professional vocal coaches that will take your singing to the next level! 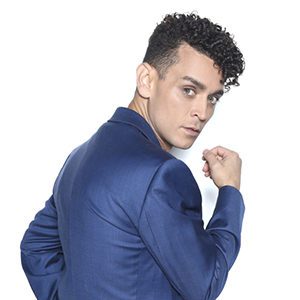 Michael Longoria is best known for his star turn on Broadway as Frankie Valli in the Tony Award Winning Musical Jersey Boys.  Currently starring in The Midtown Men concert tour and Meet The Midtown Men (a live concert/documentary for PBS), Longoria has been crooning across the world in a rock concert celebrating the 60s. Their self-titled debut album, THE MIDTOWN MEN: Sixties Hits was met with critical acclaim and was followed by their first radio single “All Alone On Christmas” with producer Steven Van Zandt and backed by members of The E Street Band.

In 2016, Longoria’s solo debut Broadway album, Broadway Brick By Brick, reached #2 on the iTunes Vocal Album Chart. Longoria’s second solo studio album, Merry Christmas Darling, was released in November of 2018 to critical acclaim, followed by a 16 song collection of movie soundtrack hits with his third release in 2019, Like They Do In The Movies.

He has appeared on television as the lead vocalist for Cirque du Soleil on the Season 9 Finale of America’s Got Talent, Broadway Under The Stars: A Tribute To Harold Prince, the Opening Ceremonies at The U.S. Open and as animated characters on Dora the Explorer.

As a singer-songwriter, Longoria has performed his original songs at Joe’s Pub, The Cutting Room, CB’s Gallery and Caroline’s on Broadway. Longoria was nominated for Best Male Vocalist and Best Cabaret by The Glam Awards in 2016.

Michael trained at the Los Angeles County High School for the Arts followed by New York University’s Tisch School of the Arts.

Click here to book an online lesson with Michael

Click here to book an in-person lesson with Michael 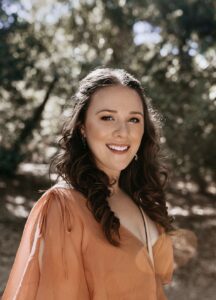 “Tate is a professional opera singer, vocalist, performer, and voice/piano instructor from beautiful San Diego, California. Classically trained, she has sung the great soprano roles from Musetta (La bohème) and Gilda (Rigoletto) to her upcoming performance as Nedda (I Pagliacci) with Opera New York. Tate has performed in musicals such as Phantom of the Opera (Carlotta), Grease (Rizzo), and Once on This Island (Mama Euralie) and stage directed multiple productions as founder of her company The CoOperative. She has sung alongside Andrea Bocelli (Hollywood Bowl), Kathleen Battle, the Los Angeles Philharmonic, and recorded with various labels including SONY Classical Records. When paired with her extensive dance and acting background, students benefit from a well-rounded and thorough knowledge of performance as well as music theory and aural skills.
Tate received her Bachelor’s degree in vocal performance from California State University Fullerton, where she was educated by great performers and directors such as Deborah Voigt, Frederica von Stade, and Tito Capobianco. She is currently pursuing her Master’s degree in opera performance at Manhattan School of Music.
Tate believes that music has the power to bring empowerment, hope, and motivation to all walks of life and could not be more thrilled to be teaching voice and piano at Voice Academy NYC. She looks forward to working with music lovers of all ages and uncovering the power of music in your life!”

Click here to book an in-person lesson with Tate

Click here to book an online lesson with Tate 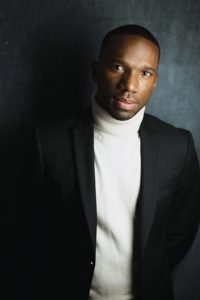 Azudi is a Brooklyn based actor, singer-songwriter and educator. As the last born of six, to two incredible Nigerian born parents who immigrated to America in the 1970’s, infectious melodies, soulful basslines, African diasporic rhythms, and a transnational consciousness have permeated his existence for as long as he can remember, leading to a lifelong love affair with music.

Azudi is an honors graduate from New York University’s Tisch School of the Arts, where he double majored in Theatre and Africana Studies, but also trained extensively in voice and music theory. His voice teacher throughout his time at NYU was renowned vocal coach Dr. Pamelia Phillips. As an actor, Azudi has performed in dozens of productions on Broadway, Off-Broadway and at multiple Tony award-winning regional theatres across the country. He is a member of the original Broadway casts of the critically acclaimed Broadway musicals “Natasha, Pierre and the Great Comet of 1812” (featuring 4 time Grammy nominee and multi-platinum recording artist Josh Groban) and “Violet” (featuring Grammy nominee and 2 time Tony Award winner Sutton Foster).

As a singer-songwriter and multi-instrumentalist, Azudi has also performed at venues all around the city including 54 Below, Joe’s Pub, Pete’s Candy Store, The Parkside Lounge, The Shrine in Harlem, and Carnegie Hall. He is currently at work on a debut EP of his original music, to be released in early 2019. He has been a member of the Faculty of Molloy College-CAP21 since the 2015-2016 school year and also teaches acting and vocal performance privately.

Fun Fact: Talented Azudi has performed  300+ in Off-Broadway and 300+ on Broadway! Impressive!

Click here to book an online lesson with Azudi 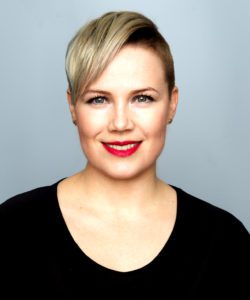 Jonna is a singer, songwriter, recording artist, dance teacher and a vocal coach from Finland. Jonna has been teaching private voice lessons since 2006 and worked as a dance teacher (commercial, hip hop, jazz, musical theater, latin) in various dance schools since 1996.

Jonna’s music career took of in 2002 when she was selected to be in the first Popstars band in Finland (a reality TV-format which was the inspiration for the Idols franchise). Jonna stayed in the band for only a short time before becoming the first singer and songwriter to combine American R&B sounds with Finnish lyrics and paving the way for a new era of pop music in Finland. Jonna released 3 solo albums with Sony Music, received multiple nominations at the Finnish Music Awards, booming radio play and top hits on the Finnish charts.

Jonna has been a TV host (Voice Out!, TV2), is a three-time Finnish “show dance” champion, has worked as a dancer in 2 different dance companies (StepUp dancers, Cat People show dance company) and she was a Finnish National semifinalist for the Eurovision Song Contest with her song “Puppets” in 2011.

Jonna has performed in musicals such as “Hair“, “Grease” and “Hello Dolly!” and she recorded the theme song for Disney’s Kim Possible in Finnish, among other voice over and studio work that she has done over the years.

Jonna got her Bachelor’s degree in pop and jazz vocal performance from Metropolia University in Helsinki, Finland and she also studied jazz vocals for 1 year at the Royal College of Music (Kungliga Musikhögskolan) in Stockholm, Sweden.

Jonna crowdfunded, produced and released an independent album “Sound Mind” in 2015 and after touring with the album in Europe, she relocated to the San Francisco Bay Area. After 2 years in California and touring the west coast, Jonna moved to NYC in 2017. For the past year, she has been performing her music regularly at different music venues in NYC and while continuing to write new music and pursuing her own music career, she is very excited to start teaching voice lessons at the Voice Academy NYC.

Jonna’s over 20 years of experience as a performer gives her a unique set of tools in coaching new talent not only in singing but also in the art of performing.

Click here to book an in-person lesson with Jonna

Click here to book an online lesson with Jonna 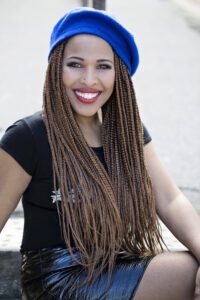 I am excited to have joined the amazing team at Voice Academy NYC and to be working with all the wonderfully diverse voices this city brings.

PROFESSIONAL EXPERIENCE :
Melanie Scholtz is a South African born, Multi Award winning jazz singer and composer. Melanie started playing the piano from the age of 5 and went on to study Opera at The University of Cape Town Opera School where she graduated Cum Laude with a Performer’s Diploma in Opera in 2000. Melanie has released five successful solo albums and has been a featured artist and guest songwriter on many albums nationally and internationally. She has been a professional musician for over 20 years and has performed all over the world including her native country, South Africa, Czech Republic, Slovakia, Germany, France, Italy, Norway, Sweden, The Netherlands, Poland and the United States. Her most recent performances include touring with Wynton Marsalis and The Jazz at Lincoln Centre Orchestra in their 2019/2020 season, with shows in New York, Chicago, South Africa and Vienna. She released a new album called “Kindred” on a very successful tour in Czech Republic and Poland in Nov 2021.

TEACHING EXPERIENCE :
Melanie has been involved in the National Arts Festival in Grahamstown, South Africa from 2008 – 2014 as a performer and teacher as well as part of the mentor-ship program with the Artscape Youth Jazz program from 2006- 2013. She also went on to teach at the University of Cape Town from 2004-2005. She has taught Internationally at annual Jazz Camps in The Czech Republic, where she lived for 2 years.

She currently resides in East Village, New York and gives workshops and develops Songwriting, Music Production and Visual Arts curriculum for the 92Y Centre for Arts Learning and Leadership. She is also frequently invited by Jazz at Lincoln Centre as a featured singer/musician giving workshops for conferences and events.

Melanie is also working for The Leadership Program, a New York based Teaching Artist DOE approved organization, for the past 3 years as a music and visual artist teaching artist, teaching across the board from Kindergarten to High School. She has also hosted workshops showcasing Music Production, Electronic Looping , Visual Art , Improvisation at CUNY, University of Pennsylvania and Smith College. Melanie is also a South African Junior Champion in Ballroom and danced Latin and Ballroom for more than 10 years. 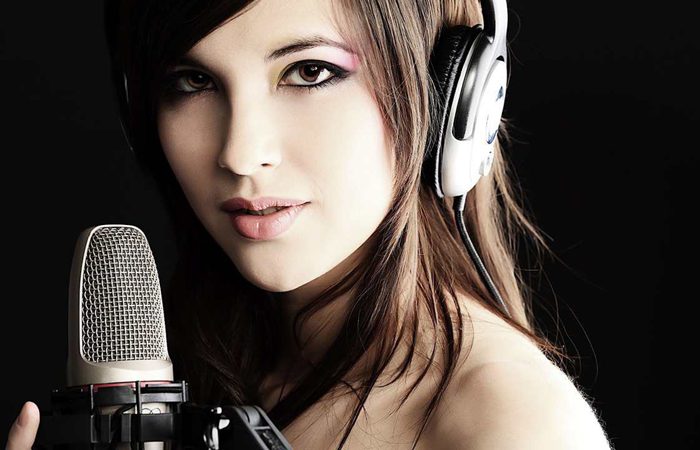 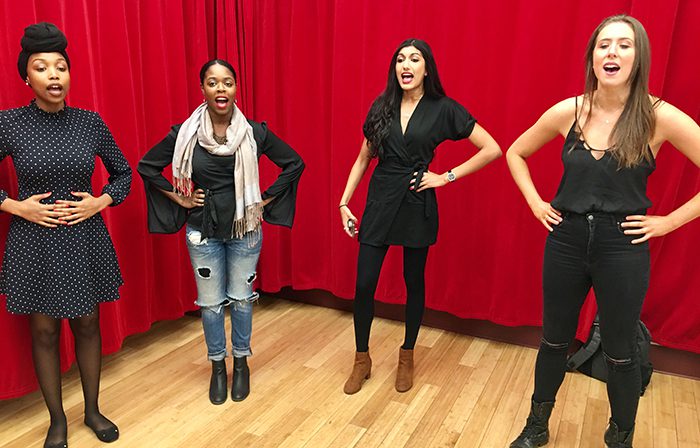 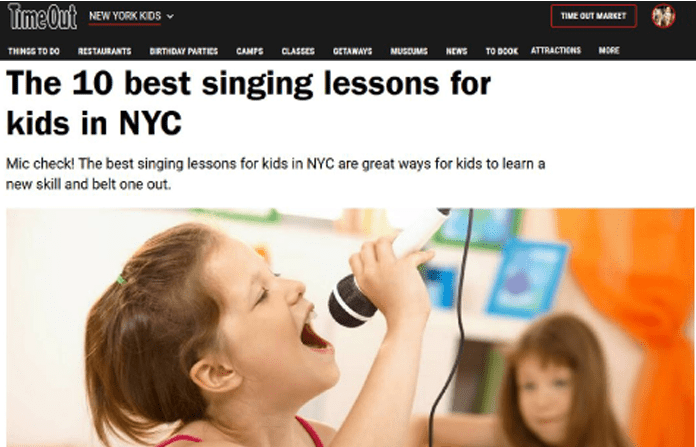 Please contact Voice Academy NYC at any time to find out more about what we do and how we can help you achieve your ambition of professional singing…. So always remember that dreams do come true if you work hard and practice.